I wrote some stuff on my phone in the notes app (on an iPhone 4, no small feat) back in our hotel room at 2am, because the boy had collapsed back in bed (deservedly so) and I was alone with my feelings, and had a strong inkling that I needed to put them somewhere OR ELSE. You know how it goes. So I wrote some pretty raw stuff that I haven't wanted to look back at until now. Not because it was painful, moreso because in writing it I let a good deal of it go.

That stuff is going to go at the bottom, because I'm going to procrastinate opening the notes app on my phone that much longer, and I'mma start with the fun retelling of things & stuff.

The start:
I really was not anxious at all. I was a bit cold. It was in the low 30s. One of the terrible things about residency is I do not get to ride my bike outside much in any manner that would allow me to judge my fitness. This is also one of the best things. I now have no expectations and I just want to ride my bike. No jitters. And if you read my packing list, you know I packed my emergency bivy and puffy coat, so I didn't have to be jittery about freezing to death either because I could always just take a nice warm nap in a ditch somewhere.

It was very dark, but also very light because I had a super awesome light on my bike. I've yammered about the Sinewave Beacon in pretty much every thing about Trans Iowa I've posted, and I am in no way affiliated with them, it's just that I wanted this light and saved my pennies and then they had a production delay but sent one from their personal stash over to City Cycles for me to use in the meantime, which was super super awesome. So the Beacon lived up to its name and I pretended I was on the moon, which someone once told me to do while riding at night, and it really makes night riding much more fun. You're welcome.

I am a slow starter. Maybe it's physiology or my stiff ankylosing spondylitis-y spine, but I am a slow starter. I still made it to checkpoint 1 with about an hour to spare, and the sun was up. I switched out my cue sheets, dumped some trash, and carried on. The wind definitely became more and more noticeable. My seat pack stayed stable, no sway, but still sort of acted like a sail. I mostly rode by myself, and miles 40 until the second Casey's really blur together. The sunrise was quite pretty, and made me want to ride whilst the sun came up more often. I remember lots of corn and/or soy fields, some good-looking barns, occasional ag equipment sightings that I moved off the road for, about 100 free-range chickens having a party in this one yard, and mostly just constant wind and hills. I hit my stride around mile 100, which is not atypical for me, and probably means that I'm meant to race longer things. I passed people here and there, and caught up to Scott Sumpter right before Casey's #2. I remembered seeing him at other events but not sure we've ever exchanged words before. We had a very pleasant chat about the sun and wind and scenery and a strong mutual desire for C-store food.

I called in to TI Radio from here while eating potato chips and rambled quite a lot. I may have mentioned the song I wrote in my head called "99 Problems but the Wind Ain't One", based off of the analogous JayZ classic. Lyrics can be found at the bottom of this post. I had a lot of time riding into the wind very slowly in which to write this song in my head. A lot. I munched potato chips and observed that I had been and still was very happy the entire time despite this. Hm.

I rode in much the same manner to Casey's #3. I did not stop and eat potato chips here as I noticed I was crunched for time, a position I had not expected to be in, but the wind was just that bad. I refilled water and such and a volunteer hanging out there who I recognized from the rider's meeting the night before told me I was only the second woman he'd seen come through, although he missed the very beginning. I looked at him like he had 5 heads and said "that's not possible" and walked out and got back on my bike. It was here that I met Scott Galloway, who I would ride the whole way to Checkpoint #2 with, and get lost with twice, and get chased by the same set of dogs 3 times with, and a lot of other things. We hit a construction site and I thought to myself "well, it's on the route, I suppose Mark wanted to give us another B road, clearly he thinks I should be able to ride through this, let me give it a go, KERTHUNK." (the kerthunk is me falling over).

I kerthunked a couple more times but eventually emerged from the construction site and re-caught up to Scott G. We missed a turn and tacked on a couple miles and a big hill. We stopped to zip tie his headlight to his helmet. We stopped to electrical tape my headlight back onto my bike (kerthunk casualty). I took a swig of whiskey with a group of fast guys who had a good paceline going and had whipped by me several times in the last 100 miles when I stopped to put warm stuff back on. It got real dark and I turned my beacon on and pretended I was on the moon again, and if Scott G. thought I was nuts he at least kept it to himself. Then we made the infamous "Left on 210" which is still haunting me. Because I knew. I knew in my gut we weren't supposed to turn there but it said 210 so away we went. Also neither of us could really see because our contact lenses were full of gravel dust and we were putting our faces in our cuesheets and riding right up to street signs to read them. This is quite funny in retrospect. We went further down 328 even though it wasn't 338 "just to see" and because there were tire tracks going that way. Those big black dogs on the corner whose eyes glowed in the moonlight chased us every single time we went back and forth trying to figure out where we were. We eventually backtracked and got back on course, and I swore at myself and got mad and sad, and continued to pretend I was on the moon, and hit checkpoint #3 at 11:03pm, 3 minutes after it closed, with 10+ bonus miles on board, in 30ishth place. I cried a lot because I wasn't done mentally or emotionally, because I generally keep riding until all the feelings are gone, which somehow hadn't happened yet in the preceding 19 hours of hellaciousness. And I called Scott (who is neither of the aforementioned Scotts, but my emergency rescue Scott) to come get me, and woke him up because he had gone to bed 3 minutes ago figuring I was good, or at least asleep in my emergency bivy somewhere I suppose. 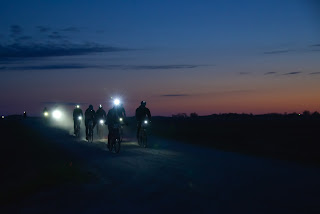 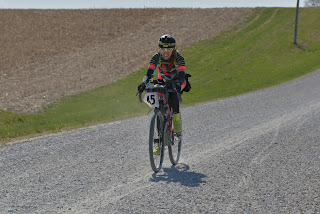 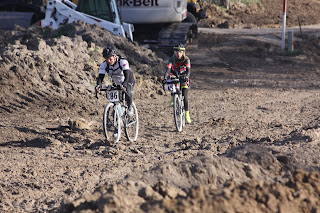 Phone notes from 2am on April 29th:

"It's just a bike race."
Yes, but no. Sometimes it's a battle with myself, and I wasn't done.
So that is why I was so emotional when I just barely missed the last checkpoint cutoff.
I know I'm wrong, but I feel like I let a lot of people down.
Hearing that I was the third woman there by their count was gratifying in that it validated how willing I had been to empty myself out over and over again for the past 19 hours. I'm still pretty good at hurting.
Believe it or not, my primary intent is not to ride my bike faster than other people. That is merely an occasional side effect of having demons to fight, of having an addictive personality, of a compulsory need to see how empty you can get. I say occasional because sometimes the opposite thing happens and I pedal slowly and cry and sit on the side of the road having conversations with myself. Even in "races."
I can accept but not really understand how someone would make it there and then choose not to use those cue sheets. How do you know where your breaking point is unless you break?
I was ready to break if I had to.
Maybe I even wanted to.

If you're having gravel problems I feel bad for you son,
I got 99 problems but the wind ain't one, hit me

Year's '18 and my seatbag is not raw
In my rearview mirror is the mother$%$ TI Forrester
I got two choices y'all pull over the bike or
Bounce on the devil put the pedal to the floor
Now I ain't tryin to see no highway chase with Guitar Ted
Plus I got a few Casey's pizza slices I can fight the case
So I pull over to the side of the road
I heard "Son do you know what I'm stoppin you for?"
"Cause I'm young and I'm covered in dust and my stem's real low?
Do I look like a mind reader sir I don't know
Am I DQ'd or should I guess some 'mo?"
"Well you was doin' 8mph in a 25 zone
License and race number and step off of the bike
Are you carryin a GPS on you I know a lot of you are"
"I ain't steppin out of %$&* all my cue sheets are legit"
"Do you mind if I look 'round the bike a little bit?"
"Well my feedbag is locked so is the seatjammer in the back
And I know my rights so you 'gon need a warrant for that"
"Well aren't you sharp as a tack, you some type of lawyer or somethin',
Somebody important or somethin'"
"Nah I ain't finished TI but I know a 'lil bit,
Enough that you won't illegally make me ride into a headwind for forever and ever"
"Well we'll see how smart you are when the crosswind comes"
I got 99 problems but the wind ain't one.
HIT ME.

Posted by Adrienne Taren at 8:15 PM