It's kind of a crime that it took 4 months from the time I built up a more capable bikepacking bike to actually go bikepacking again. But such is life.

Two golden consecutive days off in early July led to the Cutthroat's maiden loaded down voyage (discounting Trans Iowa, which was partially loaded down). My partner in crime also loaded up his Cutty and we headed out my front door, bound for Perkins Oklahoma, via Stillwater. There were 25ish miles of pavement getting out of town, and then back roads gravel. It's interesting to watch the terrain change from suburbia to oil fields to random sand pits to country roads. 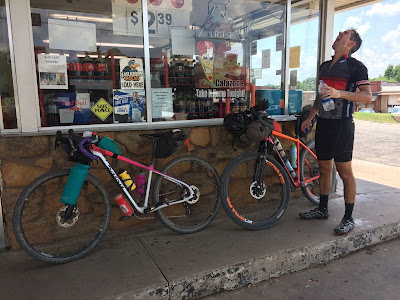 We hit two convenience stores to resupply water and eat things. I'm having a love affair with Huppy Bars on long rides and trips currently, and sometimes I even share. 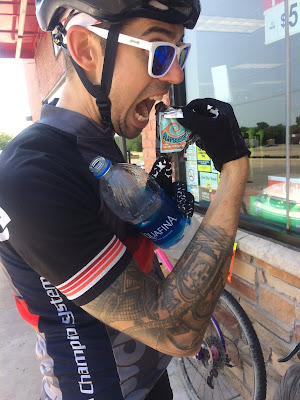 I got by with extra clothes in this neat-o Oveja Negra fork bag, tent & sleeping pad & stuff in a big Oveja Negra seat pack, 3 bottles on the frame, matchy top tube bag for food and tools, Wanderlust front pack for more food and other random things. 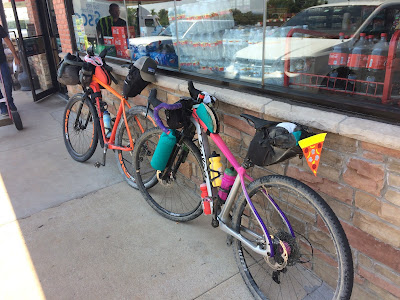 It's July. It's Oklahoma. It was hot. We did ok until hitting the last 15 mile stretch before downtown Stilly, when Scott got ahead of me in some deep new gravel thanks to his 2.1 inch tires. When I caught up to him, he was lying on the side of the road yelling at the clouds to move into a useful position, as they were "WAY OVER THERE". This was not effective.

We spent some quality time cooling off and socializing at District Bicycles, and then ate our combined body weight in tacos at Thai Loco. 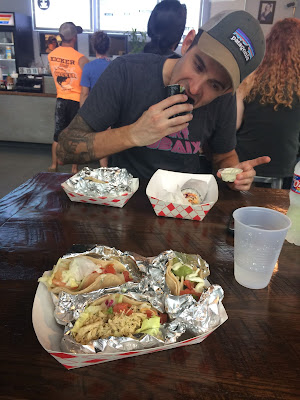 We departed for the (now much cooler, with cooperative clouds) 15 mile roll South to Perkins. Destination: Keith's Bike Fort. Local cycling celebrity Keith Reed has built up quite the place for 2-wheeled passers by. I would probably ride across the country just to go to Keith's Bike Fort. There's a fixed-up large shed with room for bikes and people, your choice of tent camping, futon, or outside swinging bed, fridge stocked with beer, and most recently an above ground pool (floating in a swimming pool in the evening after a hot 103 miles never felt so good). Also Spud. Spud is a senior weiner dog living the good life. He loves bikes too. 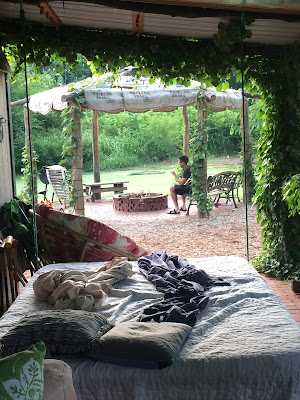 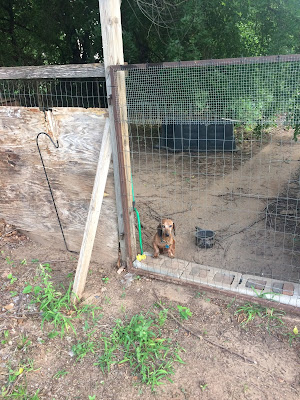 I was kinda ready to move in and be roommates with Spud forever and ever, but we packed back up and headed out on our return trip the next morning. We took a different route back, featuring the best of Stillwater South gravel. Namely Brethren Hill. My sole mission in life right then was to make it up this 17% stupid slippery behemoth on a packed Cutty. It was a successful mission. Plus I got to stand at the summit for a few minutes and heckle my better half. 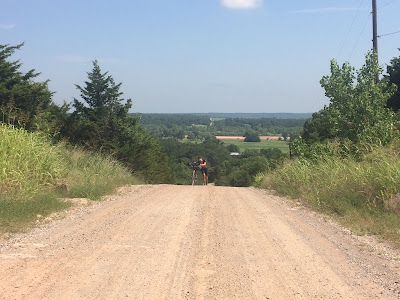 The rest of the ride stayed south of Highway 51 and was a slow pickle juice and ice sock-filled slog through the heat of the day. We rolled back home in the early evening and after some quality time lying on the floor before going in search of All The Food. 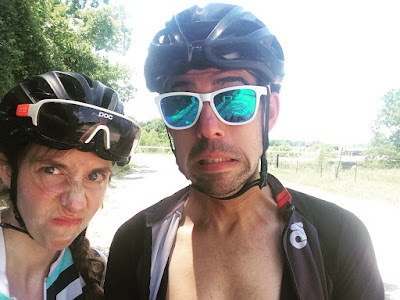 Soooo Cutty adventure round 1 was a success. Hopefully there are some longer trips in the not too terribly distant future. More loaded riding needs to happen. Extra thanks to Keith Reed for creating the world's best glamping bicycle destination, and to Huppy Bar for throwing some real food bike fuel our way!
Posted by Adrienne Taren at 1:12 PM