The story of how I ended up in Winterset, Iowa on April 19th actually starts in April 2018. I felt restless and unsatisfied after Trans Iowa v.14, and shortly thereafter Mark Stevenson (aka Guitar Ted) announced that Trans Iowa was no more. When the combined minds of Sarah Cooper, Steve Fuller, and Dennis Grelk announced in the fall of last year that Iowa Wind & Rock would fill that void - well, there once again a chance to make an attempt at the 340 mile self-supported, cue sheet navigated, 34 hour time limit ride in the hills, wind, and unpredictable weather and road conditions that is Iowa in the springtime.

I didn't go in with any expectations of myself this year. It felt weird. I really just wanted to spend some time on my bike in the sun. I was very focused on getting to the finish last year. I wanted to know what would happen when I hit my normal stopping point and went beyond it. And then I missed the second checkpoint by 3 minutes, after 19 hours of riding in 30mph winds, and a 10 mile navigational error.

I've had a huge chip on my shoulder over those 3 minutes for the past year. In retrospect, I think I really just wanted to make all the checkpoints this year, and that was all my subconscious really felt the need to accomplish. And it really did feel like complete redemption when I rolled into checkpoint #2 just after 7pm, with an hour and 40 minutes to spare. A weight lifted.

I've thought in the past few weeks about this. Because what happened from there...I sat at Checkpoint 2 for half an hour trying to settle my stomach (hot, dry, dehydrated, and low on salt). This was necessary, but while I wanted to keep riding, I felt no real sense of urgency. Unusual thing #1. Maybe it was cumulative fatigue from the previous 170 miles, hills, deep gravel, and what turned into a very hot and dry, dusty day, but I think it was more that my brain decided it had reached its penultimate goal, and anything from here on out was just gravy. This was not a conscious thought. Just in retrospect.

So after three trips in and out of Casey's for 2 bags of Lay's, a V8, an assortment of things I thought I could stomach from here on out, and a Muscle Milk (do NOT recommend chasing V8 with Muscle Milk. This falls under "seemed like a good idea at the time.")

My mental game is pretty damn strong. A multitude of lurking demons, combined with a PhD's worth of studying mindfulness, stress, & neurophysiology, eventually leads to a well-trained mind out of necessity, if nothing else. This is not to say that mental highs and lows (especially lows) don't come; rather, that there's an arsenal of tools to deal with it. I've meditated and sensory-deprivation-floated my way to being able to separate myself from my emotions over the years. So when I stopped in the middle of a B road at 1am, I wasn't quite sure why I was stopping, and why I wasn't terribly upset about it. There were technical and physical factors: namely nausea, and the fact that my Dyno-powered headlight wasn't really working while going 7mph uphill on the constant 10-14% grades, leading to hitting deep patches that I didn't want to hit and a lot of fishtailing. I went through the mental checklist of "fixable things gone wrong," and it wasn't any of that. I felt strangely calm, and there really weren't any negative emotions. More just like a shoulder shrug. Guess this is where I'm meant to end it this year.

I called the boy and we talked for a minute while he made sure that I wanted him to come retrieve me. I called Cooper who made sure that I was ok and squared away (much appreciated.) I rode another 10 miles back to the town of Exira (into a headwind, of course) and sat in the parking lot.

My mind has toyed with all the reasons why I stopped when I stopped. Mostly, I think I've needed to convince myself that it wasn't mental weakness. There's a short list of very plausible reasons. Am I just creating justification? I don't really know. I don't think so though. I like to finish things on my own terms. When I finish this particular thing, I want it to be right. It didn't feel right this time. What did feel right: I'm no longer the person who didn't make the second checkpoint. That was important to me. I'm not sure the rest of it was. I wanted to go and spend time with someone I love who I don't get a lot of days per month with instead. I remember thinking that very clearly. I think that's different from giving in to "the thought of a hotel bed and shower," as some have said.

I think what it comes down to is that it wasn't the most important thing to me that day. I could have kept riding. That's what still seems weird. I can't remember the last time I stopped a race when I was physically capable of keeping going. I don't think it's happened ever. I almost certainly would've ended up after the cutoff due to my lighting issues, but last year at TI I would've chopped off one of my less-important toes to ride in after the cutoff. What you value in a particular month, season, year can change quite a bit with life, and sometimes paying attention to that is called self-care - something I'm historically bad at - and not weakness.

Or maybe I'm full of it, and it's all one big rationalization :)

And, credit to @markmanoutdoorphotography for these pics with all the colors. 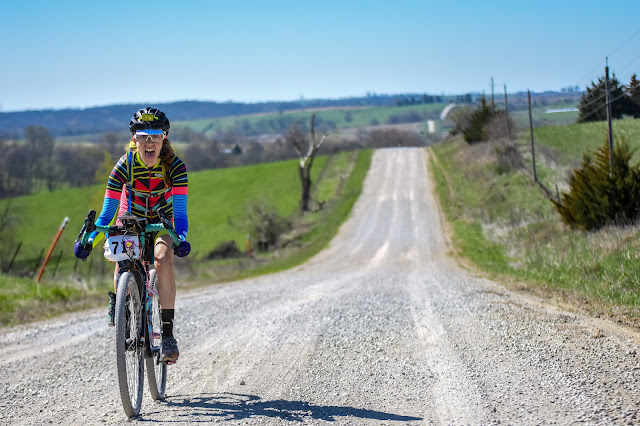 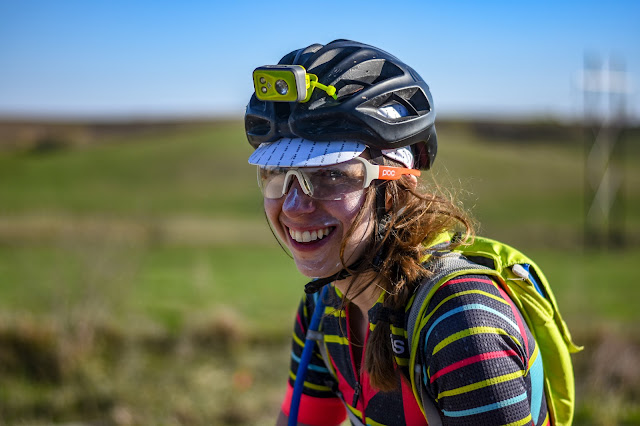 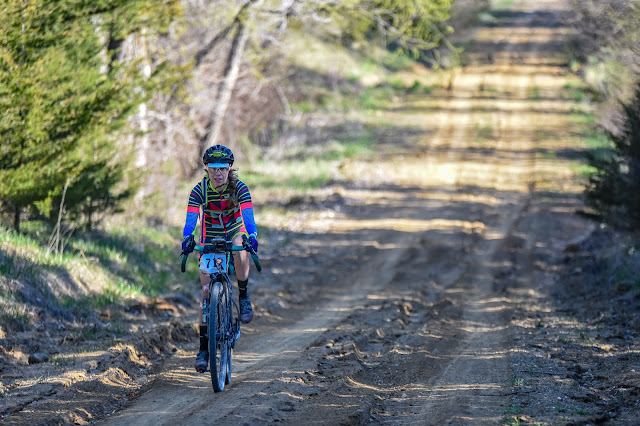 Thanks to City Cycles Oklahoma, SOAS Racing, and Honey Stinger for the continued support. Thanks but no thanks to medical residency for training me to be awake at all hours of the day, night, and wait what time is it? 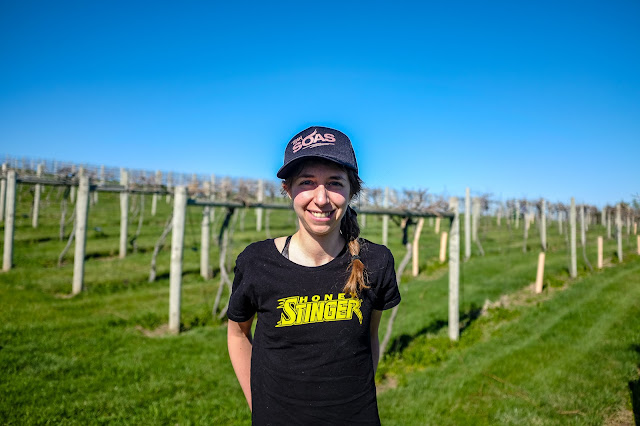 Posted by Adrienne Taren at 3:02 PM