For the first time this year, the 400k (2-4 person relays and solos) started at 9pm on Friday night. This was amazing in every way except for the whole driving-up-right-before-and-being-awake-forever part.

What else is new though. 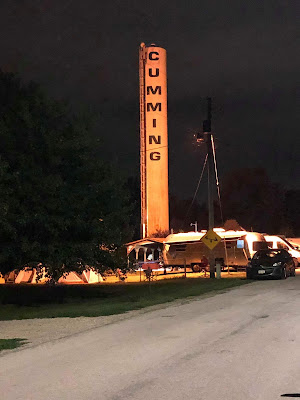 Anyway, the night start is cool because, well, night starts are cool. Also it allowed 400k solo riders to ride the first 100-200k before it got ridiculously hot. With the vast majority of riders being relayers, the start was fast and the dry roads made for a headlight-studded ride through a fog of dust for the first several miles.

Things settled out after a handful of miles, with (most of) the 400k solo riders drifting back from those who only had 100k to knock out. Nice and steady through the first 100k, with mostly the raccoons for company. My headlights lit up a particularly large pair of them hanging out in the middle of the road.

125 miles in. I remember feeling fairly terrible heading out on the 300k loop. God bless that sandwich I had eaten, because as soon as that solid food kicked in, I started feeling like I could pedal again. I ran into one of the Gravel City riders but would ride nearly all of this loop alone. I grumbled through a bunch of it as the day began to warm, but got happy when the route took us down to Winterset and the covered bridges. I had ridden/drove to those bridges with my significant other back in April, and it brought back memories of a nice day. The narrow, winding hills back there also woke me up, and I dodged a few farm trucks. Traffic remained sparse and friendly though.

I didn't see another human until less than 10 miles from the end of my 300k loop, when I intersected the 100k solo riders finishing their race. A chat and some shared miles with the guy from Bike Rags was a welcome distraction. "You're almost to the end!" doesn't go over very well with a hangry person who's at mile 183 of 250 though. The hangry brain was already fixated on the second PB&B sandwich that I knew was in my cooler. 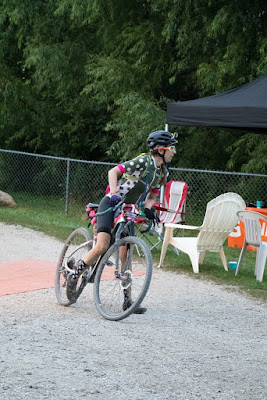 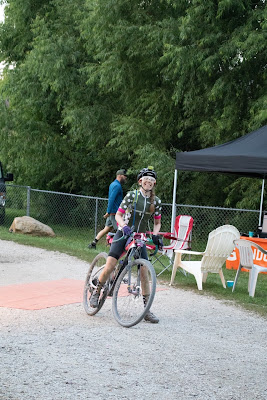 Calm and cool and steady, back into Cumming Tap, with 300k down and 100k to go. I handed my bike back off to Adam w/ Gravel City, and he commented that I didn't look quite as wrecked as everyone else, which is the highest compliment mid-ultra...particularly compared to last year. Sandwich, chicken broth, back on the road. With hours to spare, I could take a ditch nap and finish. Gravel and ultra racing are so unpredictable though, the plan was to just keep moving. The individual miles ticked by, some slow and painful. Did I mention it's hilly in southeast Iowa? I accumulated about 18,000 feet of climbing in the total 400k. Let's not talk about my uphill speed at this point, and just say that it was less than 10mph...

It got hot. I intersected a few 200k solo stragglers going the opposite direction, and stopped to lend my mini pump to a guy having a bad mechanical day. Everything in my body was threatening to seize up as I stood there in the sun more than 200 miles in, so I left him to it and prayed to the gravel gods for some good no-tire-puncture juju. I missed a turn after a downhill because, well, there didn't seem to be a turn there. I backtracked and found an overgrown entrance to some grass/dirt doubletrack. A dude on a single speed fat bike blew by me while I was pedaling through a muddy rut, looking like he was having the time of his life. I tried to channel some of that enthusiasm into the last uphill stretch of this surprise B-road foray.

Steve Cannon had warned us repeatedly about "some water in the road" with slippery rocks underneath it..."DO NOT TRY TO RIDE THROUGH THIS." I had figured on a nice short walk through this aforementioned water in the road. Maybe if I was hot enough, I would just flop down and roll through it, while singing "like a rolling stone." Then I actually found said water. It was a f&cking river. Steve, really?? "Some water in the road??" 😂😂😂 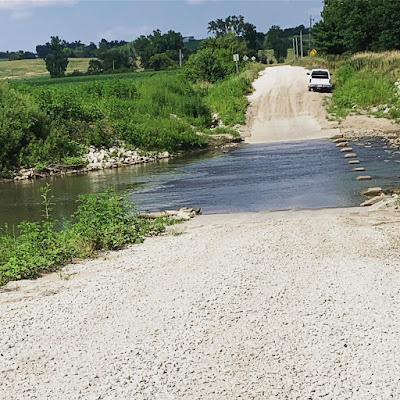 There were maybe 20-some miles after the water crossing. They were long and slow. My brain had been awake for a day and a half. The sun was relentless. I was ready to be done. But also happy that I was going to finish, and in a respectable amount of time for the conditions. The uphills got really slow. Like really slow. And then, so close yet so far, the route went an extra few miles past where you know you could turn and just be done, having been through that intersection three times before...but I went past another neat bridge so maybe it was worth it. At least in retrospect.

Apparently I DID manage to change clothes, because I'm wearing different clothes in this podium picture. It was a fun night. I especially appreciated Steve's commentary when calling podiums, with an emphasis on the ladies because the women SHOW UP for podium photos (damn straight.) 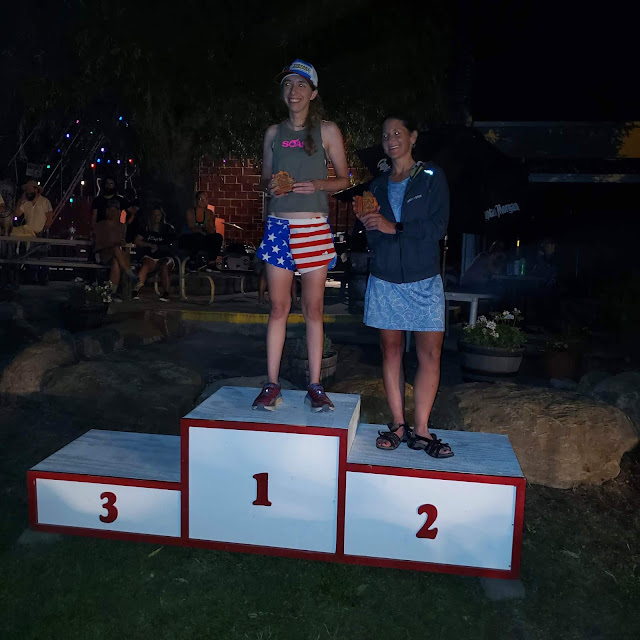